Hull University Teaching Hospitals NHS Trust has announced one of its consultant vascular radiologist’s in Hull has performed a world-first in keyhole surgery to save a patient with a life-threatening aneurysm.

Dr Raghu Lakshminarayan led a team including consultants, radiologists and anaesthetists along with nurses, radiographers, theatre nurses and ODPs, to save the patient by performing the world’s first fenestrated Altura graft at Hull Royal Infirmary.

With his patient, a man in his 80s, now back home after the procedure, Dr Raghu said: “My worry all the time is about the patient and how he is doing. I just wanted to see everything was right with the new device and I was relieved that it was.” 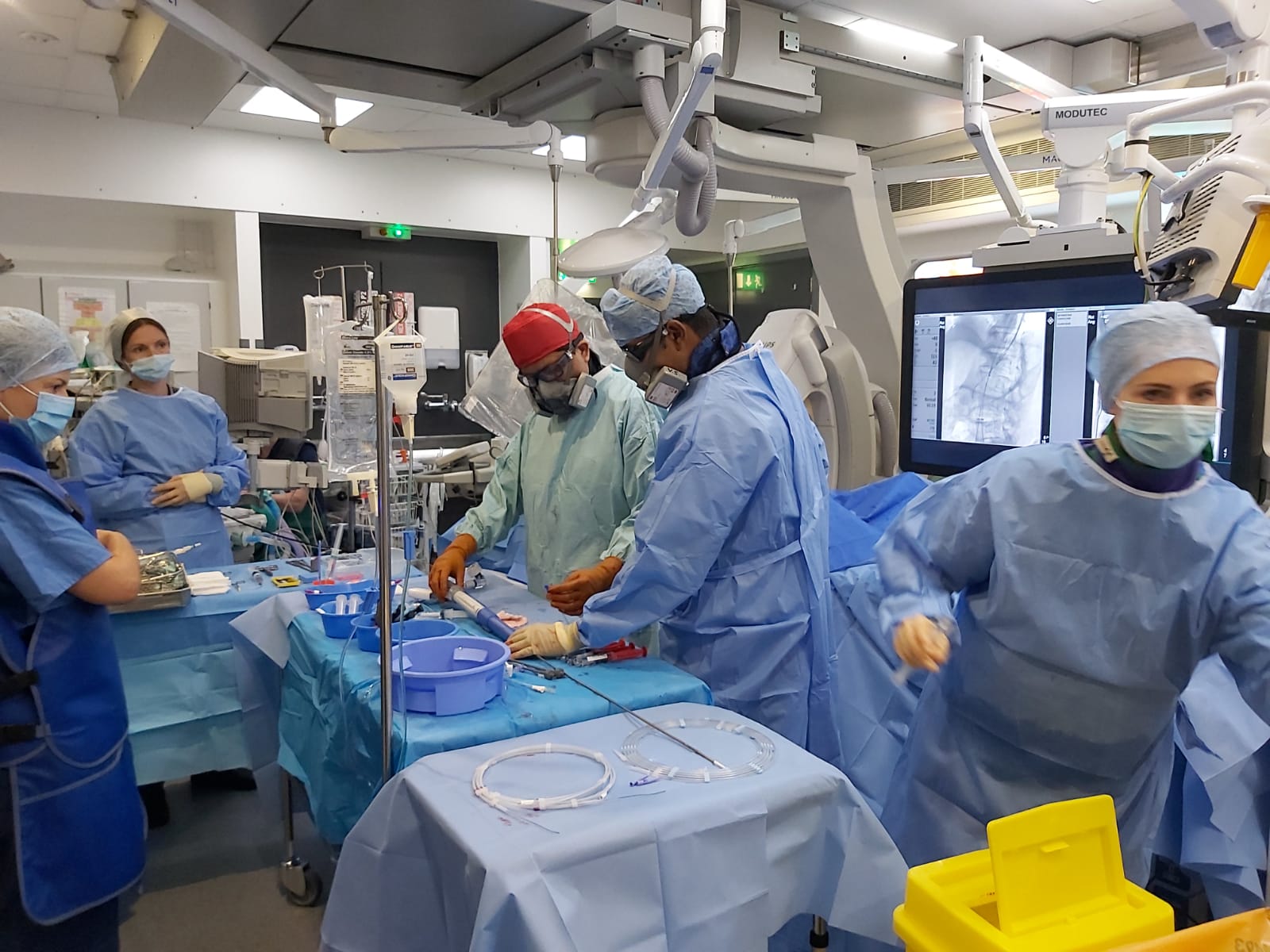 The patient developed an aneurysm – an abnormal bulge or swelling – in his aorta, the major blood vessel that carries blood from the heart to the rest of the body, around ten years ago but recovered after surgery.

However, he recently developed a second swelling close to where his previous surgery had been carried out, just below his right kidney. That previous surgery and the position of the second aneurysm meant conventional surgery was not an option this time.

Instead, Dr Raghu worked with Lombard Medical in Oxfordshire to create a special fenestrated Altura graft, the first of its kind in the world.

Normal fenestrated grafts are a single cylinder with two “windows” which the surgeon positions in front of the patient’s kidney arteries to keep them functioning. Altura grafts, on the other hand, come in two parts, without fenestrations, and have been used below the kidneys up until now.

However, Dr Raghu planned to help design windows in both grafts to create the “fenestrated Altura graft” – a two-cylinder graft with fenestrations over the kidneys – to save his patient.

Dr Raghu said: “The company had discussed this possibility with me about this time last year to see whether I would work with them. I made multiple trips there to use flow models and also tests on cadavers to see what worked well. However, Covid-19 came along and the work was paused. When this patient then came to us and I was able to put two and two together.”

“It was explained to the patient that his options were not doing anything or performing the procedure with a completely new graft. If we did nothing, the aneurysm would have burst, although we couldn’t say when, and that would be life threatening.

“He was aware that what we were trying to do was a world’s first.”

Using a CT scan and 3D printing, Dr Raghu was able to evaluate the fenestrated Altura graft to his exact specifications in relation to the patient’s kidney arteries.

Surgery was then carried out by Dr Raghu and the team on the patient at Hull Royal infirmary. Working to dimensions of 6mm diameters for the windows, the whole procedure was carried out as keyhole surgery.

Over four and a half hours, the graft with the two tubes to cover the aneurysm was inserted from the top of each leg with the fenestrations over the kidney arteries to allow the stent extension to be fitted from tubes inserted just below the man’s collar bone and moved into the kidney fenestration.

Dr Raghu said: “Knowing what you’re doing is the first in the world does add to the pressure during the procedure because you don’t know how the graft will behave.”

“Even though you’ve practiced on flow models or cadavers before, you don’t know how it will behave in the patient or orientate itself. If you’re halfway through and the windows are at 2pm on a clock face and the patient’s kidney arteries are at 4pm, you know you’re in trouble. But it went well.”

The patient was well enough to go home after 12 days.